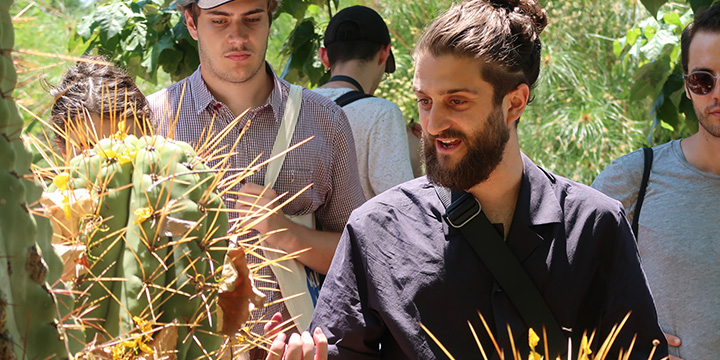 The Columbian exchange named after the maiden voyage of Columbus, was the widespread transfer of plants, animals, culture, human populations, technology, diseases, and ideas between the Americas, West Africa, and the Old World in the 15th and 16th centuries. It can also be considered the dawn of global trade and had a profound impact in reshaping the culture, cuisine, and even the landscape both in the old and the new world in a way never seen before.

In a time when we seem to be reliving a rise in nationalist ideologies which claim to try to preserve a nation’s traditional culture by demonizing what is considered foreign, it is of extreme relevance to remember that what we perceive as the identity of a place, from its culture to its landscape, has been in constant flux for centuries.

In this workshop participants will be focusing on two plants, the oppuntia (or prickly pear) and the agave. Both are plants introduced from Mexico to Sicily in the XVII Century and have become such a common sight that many Italians consider them endemic to the area. Participants will learn about the history of how and why these succulents made this transatlantic voyage and they will be introduced to traditional mesoamerican techniques to make everything from textiles, varnishes, dyes, stucco and even food by using these plants.