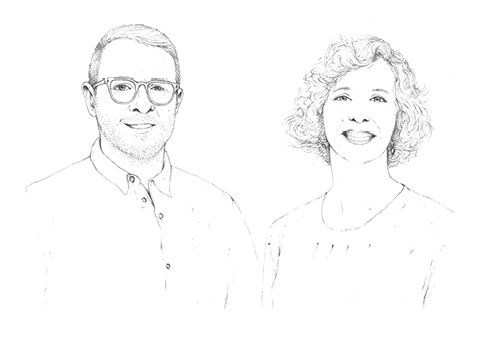 MONCADA RANGEL is a creative agency aiming to blur the boundaries  and ambiguity between inside and outside, informality and shaped, authenticity and globalised, brutal and delicate,designed and accidental, original and copied, unique and standard, traditional and critical.
​Architects by training, after we have been worked and lived in several  countries such as Italy, Spain, Portugal, United Kingdom, The Netherlands, Norway, Dubai and Sweden we founded our practice in Rotterdam in 2012, that is now based in Syracuse, Sicily.

We believe that everything is Architecture and Architecture is scaleless and meaningful.
We think that design can make a better world​.
​We work with essential forms and structures that can generate objects, spaces and environments to frame the complexity of life.

(Syracuse, Italy 1976) is an architect and he studied in Palermo, Italy and in Pamplona, Spain. He has lived and worked in Spain, UK, Portugal, The Netherlands, Norway, and Dubai. His projects have been published in Wallpaper, Wired, Frame, Interni, Dwell, Case d’Abitare, Ottagono, Attitude, Arquitectura & Construccao, Perspective Hong Kong, Dezeen, Designboom, Archdaily, Plataforma Arquitectura and in various books about interiors. Among other experiences he has worked for seven years with OMA-AMO/Rem Koolhaas as a Project Leader where he designed the transformation of the 16th century Fondaco dei Tedeschi in Venice, the scenography for the Greek theater of Syracuse in Sicily, the Knoll Pavilion 2016 at Milan Salone and the flagship store for the jewelry brand Repossi in Place Vendome, Paris.
Currently he is teaching in the new Design Academy MADE Program in Syracuse and coordinating MADE LABS

(Porto, Portugal 1980) is an architect and lighting designer, graduated with honors in 2004 from FAUP- Architecture Faculty of Porto’s University, Portugal. She has a Master in Architectural Lighting Design from KTH, Stockholm, Sweden. She has been teaching as a guest critic in the University of Trondheim (NTNU) in Norway. She has been working for five years at OMA/Rem Koolhaas following the construction process of two major projects (Timmerhuis in Rotterdam and Qatar Library in Doha) and two years at MVRDV as a Project Leader in urban projects in Shenzhen, China and Seoul, South Korea.
​Currently he is teaching in the new Design Academy  MADE Program in Syracuse.