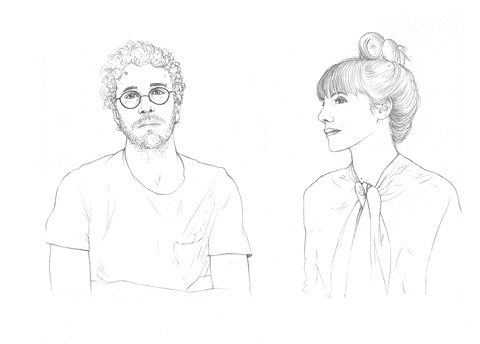 PIOVENEFABI is an architectural firm founded by Ambra Fabi and Giovanni Piovene, based in Milan and Brussels.

The studio works nationally and internationally in the fields of architecture, urban research, territorial visions and design. Among other projects, the studio is currently working on a project for a 150-room hotel in Brussels, a summer pavilion that will be built inside the Petite écurie du Roy in Versailles and the development of a prefabricated housing system for Moretti MORE.
The studio has recently closed a personal exhibition at the gallery MANIERA (Brussels), for which he designed a series of furniture inspired by the materials of the Milan Metro project (Albini-Helg). The studio's work has been exhibited in the following locations: Lisbon Architecture Triennale (2016), Rotterdam Biennale (2014), Chicago Architecture Biennale (2015, 2017), Campo (2016), Frac Orleans (2017) , Manner (2018).

Ambra Fabi is an architect and co-founder of Piovenafabi studio, with Giovanni Piovene. Graduated from the University of Mendrisio, she worked at Peter Zumthor's atelier and freelancer in Milan. She has been assistant professor at the Accademia di Architettura di Mendrisio and has been teaching at KU leuven and IED Cagliari. She currently teaches at the École Nationale Supérieure d'Architecture at Marne-la-Vallée in Paris. She is part of the curatorial team of the Lisbon Architecture Triennale 2019 - The Poetics of Reason.

Giovanni Piovene graduated in Architecture in Venice and founded, with Ambra Fabi, the studio Piovenefabi. From 2007 to 2012 he has been part of Salottobuono and in 2010 co-founded San Rocco magazine and commissioned the book and the exhibition "Book of Copies" (2014). He has been teaching assistant at the Accademia di Architettura de Mendrisio and a member of the FORM unit at the École Polytechnique Fédérale de Lausanne (EPFL). He currently teaches at the École Nationale Supérieure d'Architecture in Marne-la-Vallée in Paris. He is part of the curatorial team of the Lisbon Architecture Triennale 2019 - The Poetics of Reason.