Tribute to Jasper Maskelyne and the Magic Gang

Jasper Maskelyne and the Magic Gang performed a series of tricks during the WWII that included creation of fake realities or camouflage of physical realities in order to confuse the enemy. For instance, they created a fake Port of Alexandria that was bombed by the Germans protecting the real one, or they hid a plane factory making it look like a suburban area.

We propose an opportunity to think about the value of the authentic or fake realities and its relation to the tourism, using techniques based on the actions of Jasper Maskelyne, and represented by means of radical photomontages.

Workshop by: Arquitectura-G
well,
I just have to subscribe! 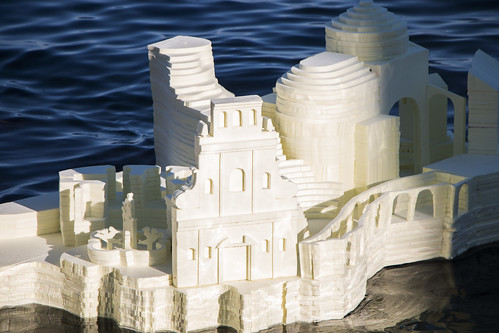